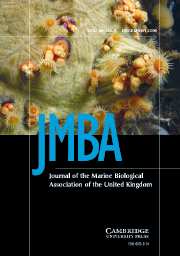 "...every fresh fact that is revealed.....is a clue leading from the very chambers of knowledge, which the discoverer leaves behind him to guide his followers. It is never lost.....for we may at pleasure take up the thread and commence where it ended...." Matthew Fontaine Maury from Address Delivered before the Literary Societies of the University of Virginia on 28th June, 1855

Modern oceanographic research began with the voyage of the "H.M.S. Challenger" during the years 1872 to 1876 which resulted in a 50-volume set of scientific reports. Since the Challenger voyage, there has been a proliferation of oceanographic publications paralleling the general growth and diversification of scientific literature.

Scientific literature is divided into two basic categories - "primary" and "secondary". Publications that report the results of original scientific research to constitute the "primary" literature and include journal papers, conference papers, monographic series, technical reports, and theses and dissertations. The "primary" literature is eventually compacted into "secondary" sources which synthesize and condense what is known on specific topics. These include scientific reviews, monographs, textbooks, treatises, and handbooks and manuals.

The availability of scientific literature varies depending on its publication format. Some formats are widely available, e.g., journal papers, while others have limited distribution and are difficult to identify and acquire. This "gray literature" commonly includes technical reports, theses, and dissertations.

The following chart illustrates common steps involved in the scientific research process (inner circle), the dissemination of research results through the primary and secondary literature (outer circle), and the personal assimilation of this information resulting in new ideas and research (inner circle): 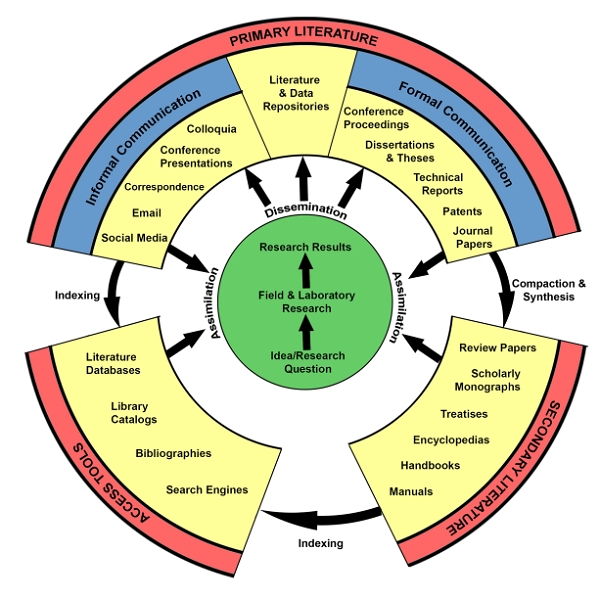 Oceanography serials can be grouped into the following three categories:

The research paper published in a scientific journal represents the most important "primary" source of information for the oceanographer. Seventy-five percent of the oceanography research literature is published in this format. The first journals publishing extensively in the field of oceanography were established in the 1870s. By 1900 there were eleven titles including the Biological Bulletin from Woods Hole and the Marine Biological Association of the United Kingdom Journal. Starting in 1950 there was a rapid expansion in new titles paralleling greatly increased research in the field of oceanography. Today Genamics Journal Seek lists journals in oceanography and in marine biology. Other sources of information on marine science journals include:

Journals provided through the CPH Library are listed in the Journal and Newspaper Finder.

Today, authors of research publications may deposit their work in an institutional or subject digital archive. The Registry of Open Access Repositories (ROAR) lists available archives. Digital archives of interest to oceanography include:

A typical example is:

To locate monographic series in the CPH Library you need to consult the following sources:

Following are some of the oceanography monographic series available in the CPH Library. These are shelved in the regular book collection rather than Periodicals.

The outcome of graduate study conducted at universities is commonly a master's thesis or doctoral dissertation. In addition to the formal thesis or dissertation, research results are often communicated in other "primary" literature formats, such as the journal paper.

See Theses and Dissertations for how to find and acquire 1) HSU masters theses; and 2) theses and dissertations produced at other universities that are available in other libraries and on the Internet.

Papers presented at national and international conferences, symposia, and workshops are another source of "primary" scientific information in oceanography. For many of these meetings the presented papers are eventually published in a "proceedings" or "transactions" volume or made available on the web.

Following are some of the regularly recurring oceanography conferences received by the CPH Library.

Conference papers are also included in some of the oceanography "collected reprint" collections.